The Melbourne Cup was just on, so I painted my nails in honour of the Race That Stops The Nation.

On my left hand I did the silks for Admire Rakti, the favourite. I used Essie's Bikini So Teeny and Butler Please, and some nail vinyls from Celestial Cosmetics. 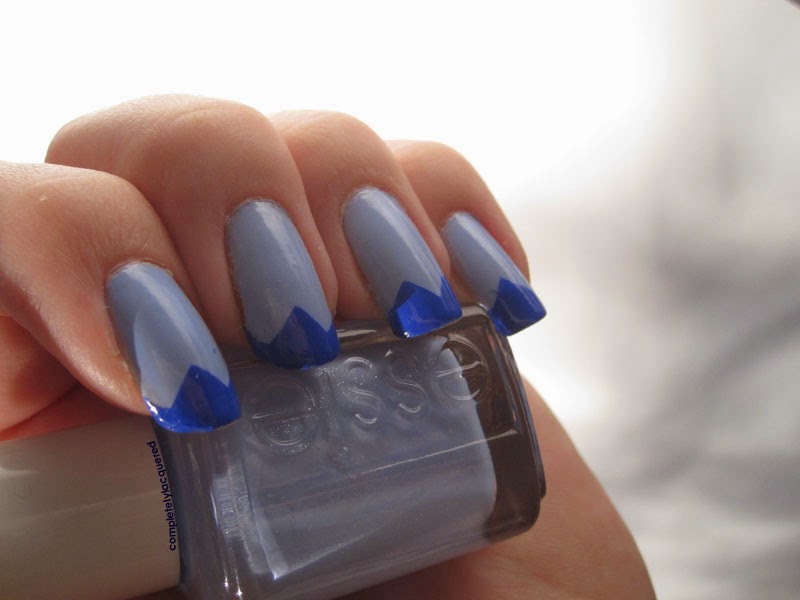 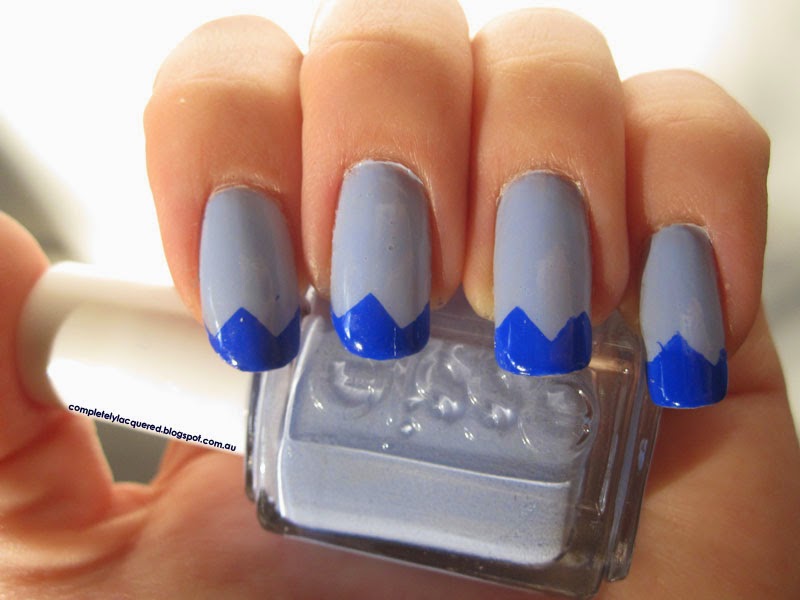 On my right hand I painted Who Shot Thebarman's silks. I used Kleancolor's Boogie Nights for the orange and Celestial Cosmetic's Snow Clouds for the white dots, which I did using a dotting tool. It was strangely awkward to try and pose my right hand!

Who Shot Thebarman's silks (from Races) 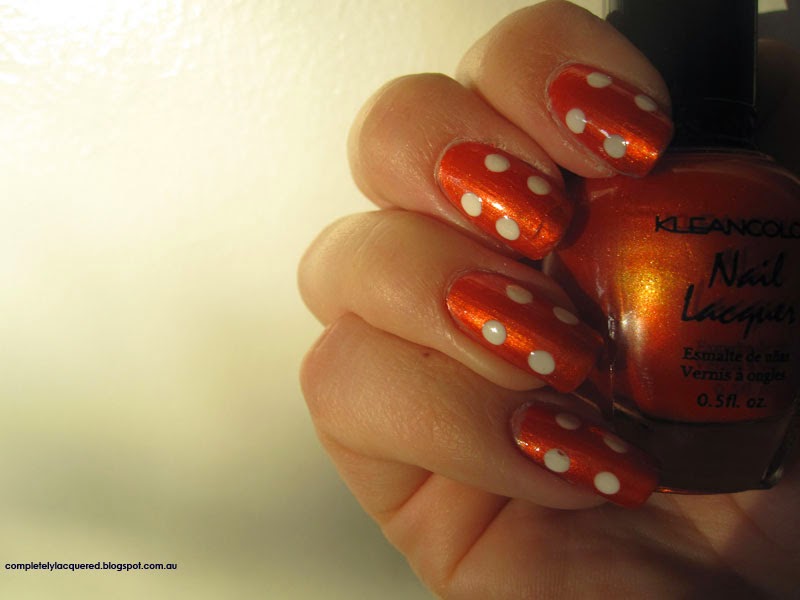 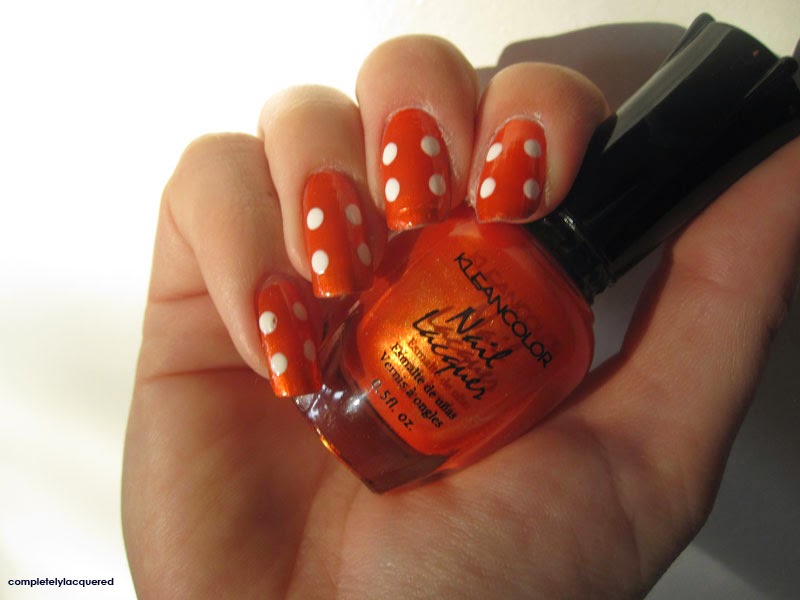 In the end Who Shot Thebarman came third, but Admire Rakti came last and later died of a rare heart condition in his stall just after the race, so that was quite sad.
Posted by completelylacquered at 21:49