Day 1! The theme is red and I'm taking advantage of the open-ended nature of the colour prompts by doing some stamping. A while back I ordered some stamping polish from Mundo De Uñas, and it arrived on Tuesday. I also got a new stamping plate from Lily Anna, and I wanted to try it out.

The Munde de Uñas polish is amazing! So opaque! It does have a rather strong and unusual smell (apparently an enamel paint smell?), but nothing too bad. The main drawback is that, being so opaque, it's a pain to clean up off your cuticles after stamping. In the comments to my water marbling post, Nerd With Nails suggested using chapstick to help with clean up, and I wonder if that would also be worth doing with this stamping polish.

I also love the Lily Anna plate, which gave easy crisp results. After painting my nails with Ciate's Boudoir, a red jelly, I stamped with Lily Anna 07. The star pattern is lovely and I already have plans for some reverse stamping with it. 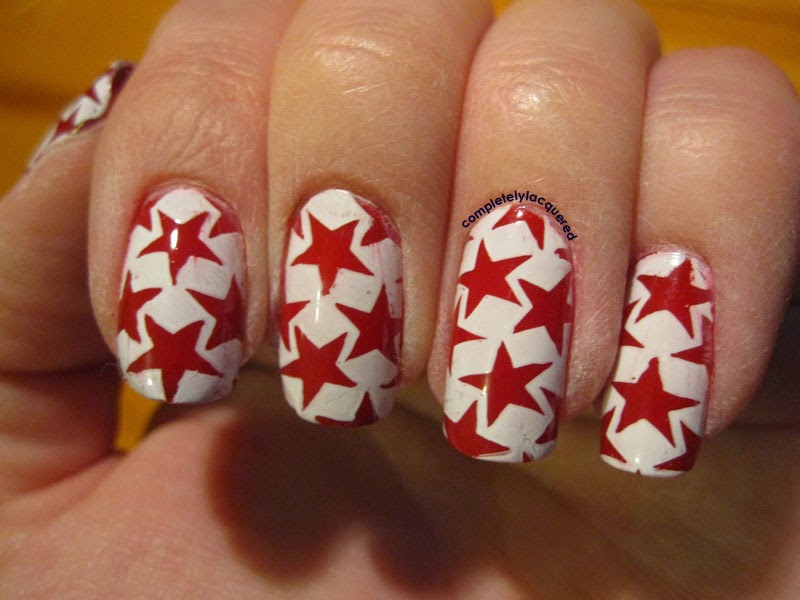 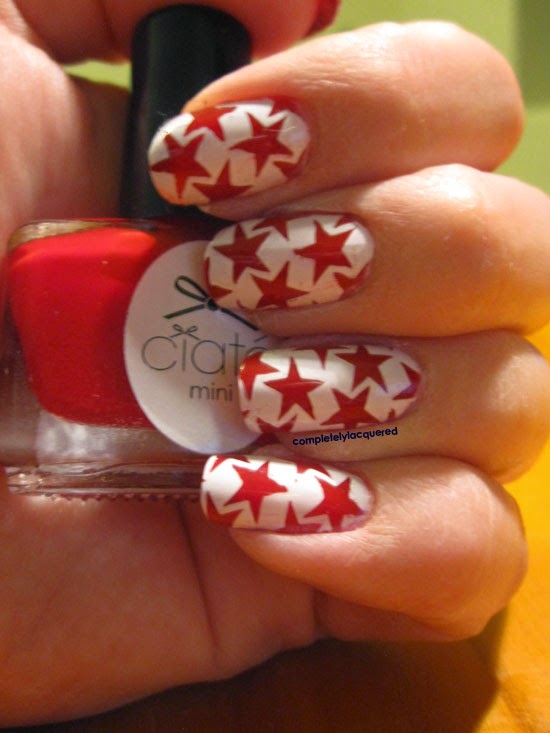 An InLinkz Link-up
Posted by completelylacquered at 20:07