More dot than polka dot - I attempted a dot-and-negative space mani but it didn't work out, so I went to an old favourite.

I painted my nails white using OPI's Alpine White, after Buff & Polish suggested it on my mani for the Black and WhiteBlack and White challenge - I realised I already had it in my collection. It definitely worked better, at two coats instead of three. I'm also going to check out some of the other suggestions; both Gelic and Buff and Polish suggested Essence polishes so I'm going to head over to Priceline tomorrow and try to snag a bottle.

I then used my dotting tools to dot on orange (Face of Australia's Some Like It Hot), grey (OPI's Embrace the Grey) and black (Ulta3's midnight). Done! 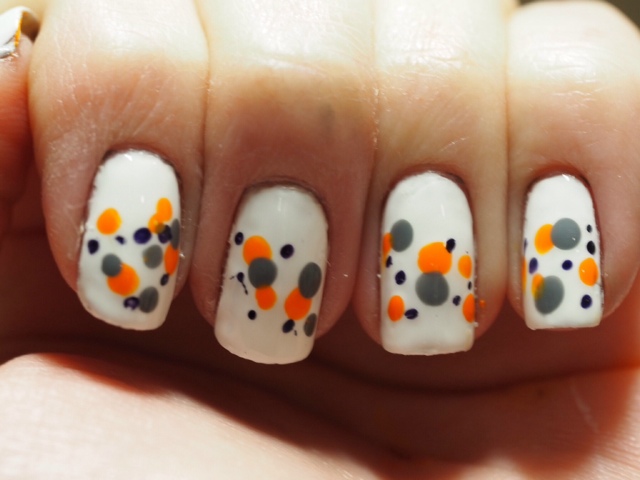 An InLinkz Link-up
Posted by completelylacquered at 22:07