Apparently I've been living under a rock, because I had never heard of galaxy nails before. A short google later though and I was all across it. It's a pretty easy, fun manicure, although you do need a fair number of polishes.

It was so colourful! So astronomical! And yet... I couldn't help but do a cheeky little bit of stamping with Cheeky plates CH45 and CH46. Rocket ships, planets, and some alien spaceships, oh yeah. They white means you miss them on a casual look, which I love - it's like a little Easter Egg. 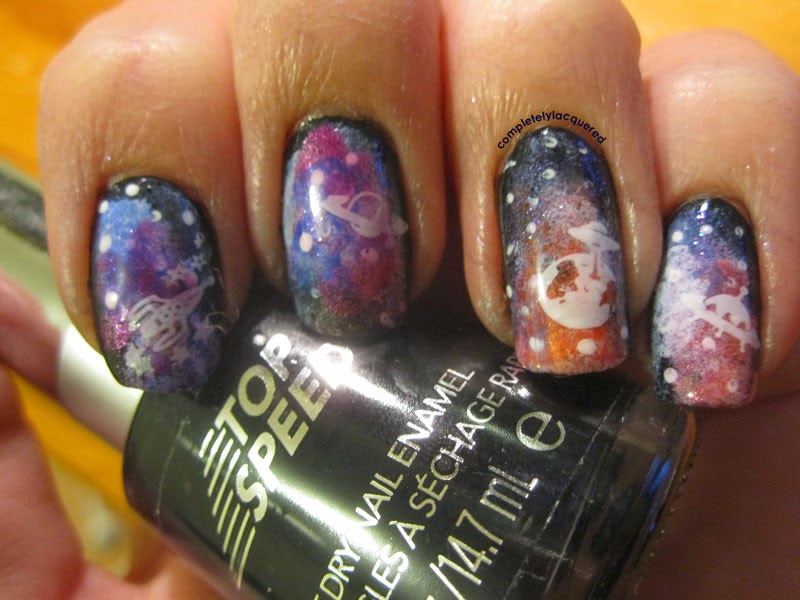 An InLinkz Link-up
Posted by completelylacquered at 22:35